New EDLAB guide: Assessing the ‘I’ in groupwork

Corinna and Ana are third-year bachelor students at the faculty of Psychology and Neuroscience (FPN) who experienced the honours journey at Maastricht University at the bachelor level to the fullest. After completing their one-year faculty honours programme and Honours+, the pair decided to join forces in a MaRBLe project.

It seemed like a logical step for both – they were interested in doing research and did a research practical as a part of their studies. Yet, it was not the experience that offered the full freedom of doing research on their own, and that’s exactly what Corinna and Ana were striving for. MaRBLe was the chance to go on a completely different kind of research journey, the one where you shape the research, where you start with the formulation of a research question, research proposal and then move forward with its design. Joining forces and doing the project together provided the much sought for independence, as they did not have to join an already existing research teams or to become research assistants.

However, the idea of doing research together wasn’t a spontaneous decision. After having had a presentation about MaRBLe in the beginning of summer 2018, they started brainstorming and coming up with ideas for their future research. “We had so many ideas that we could have gone not only for one but for at least 10-15 other pieces of research” – jokingly says Corinna. While doing their honours at FPN, both did a course in behavioral economics, which sparked their attention, thus, they decided to go with the topic that was focusing on financial decision-making. They wanted to look into how people make decisions when playing a financial game, the Ultimatum Game,  with different opponents: a computer or a humanoid robot. The opponents dictate the conditions of the game, thereby determining how a given amount of money is split between the opponent and the participant. In turn, participants can either accept, and thereby receive the amount of money which has been proposed, or reject the offer, leaving both parties with zero money. They designed a research that required a multi-disciplinary collaboration: the expertise of the supervisor from the School of Business and Economics (SBE), Martin Strobel, their knowledge from the field of psychology and a humanoid robot that they got from the Faculty of Science and Engineering (FSE). As a result, they found out that people follow their self-regarding preferences more when making decision while interacting with a computer: they accept more unfair offers, in order to get as much financial rewards out the game. However, when the same conditions would be applied to the interaction with the humanoid robot, the rejection rate would increase drastically. Additionally, the two found that the robot was perceived to have more mind and agency than the computer opponent. Potentially, responses towards the robot are more emotionally triggered despite the financial factors involved.

The results were surprising and provide a valuable contribution to the topic of decision-making as there’s insufficient research done so far in this direction. Corinna and Ana would like to dive even deeper into the topic if the opportunity arises: “It would be interesting to also look into the physiological response to such interactions and how it differs from the one with the computer”, as comments Corinna.

It has been a real journey for both, with many learning outcomes. The girls learnt about the differences of work across the faculties, the specifics of designing research from scratch and the multitude of things to consider. Another lesson that they learnt is that things might go wrong and then it’s up to the researcher to be prepared for those situations and to minimize their effect. “We had situations when the robot would keep laying down instead of standing up, which was a bit embarrassing, but we managed to tackle the situation”, mentions Ana.

Now, when the research is already behind them, the pair is just expecting their papers to be graded in the upcoming weeks. In the future, they would like to have their research published and maybe even participate in some conferences on the topic. They have also been accepted to the master’s programmes of their choice already and are excited about taking the next step towards academic careers. “Maybe, we can do our PhD’s together as well”, jokes Ana. The one thing is certain: MaRBLe has been a great starting point in the potential research careers of Corinna and Ana, and we hope to see even greater achievements from them in the future! 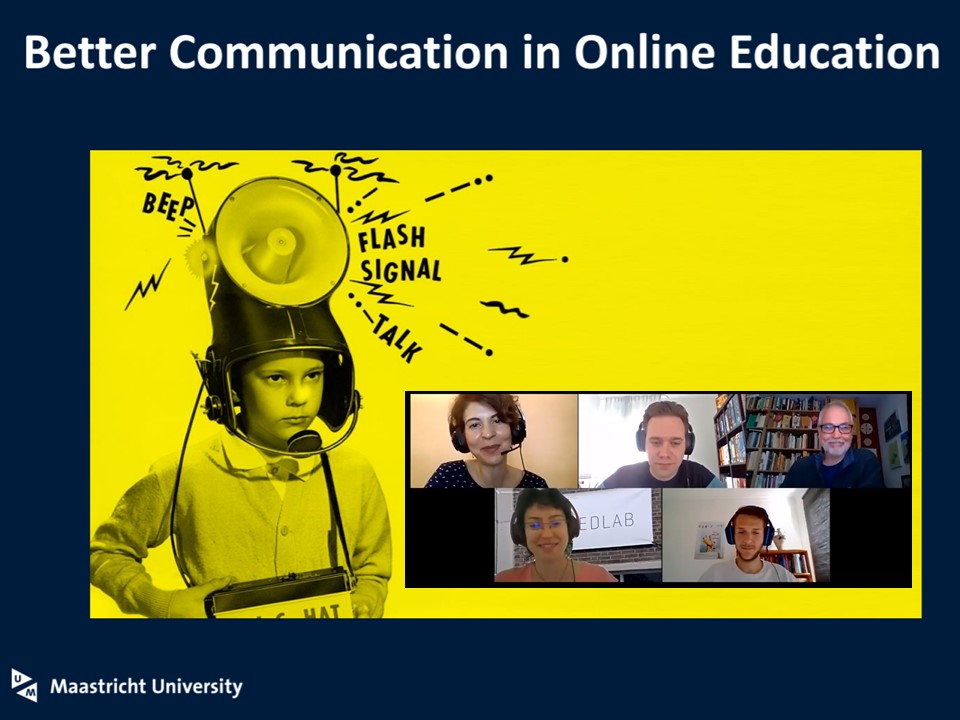 Teaching in Times of Online Education