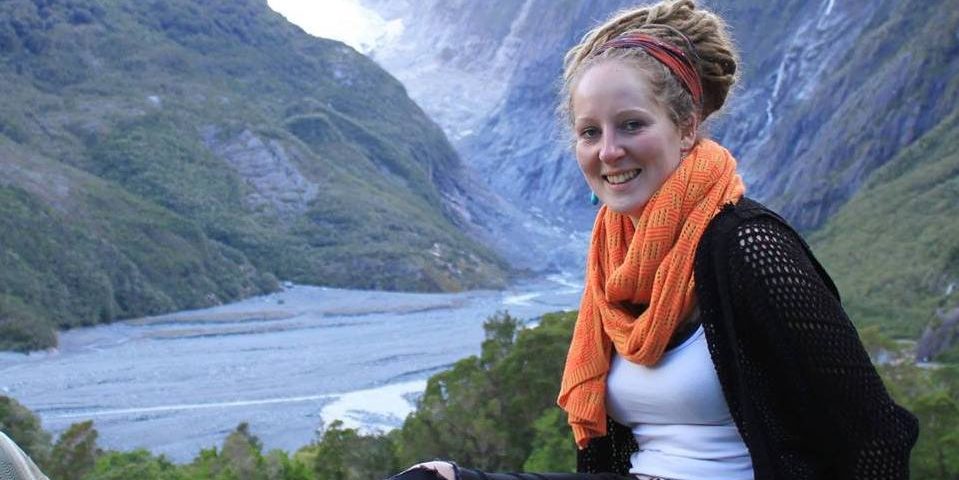 Telja Schmidt started her MaRBLe adventure in 2014 during the third year of her BA in Psychology at Maastricht University. Her project on relationships and attachment helped her to successfully finish her Bachelor and continue a career in research during the Research Master in Cognitive and Clinical Neuroscience, where she is working on a related follow-up project for which she received a MaRBLe scholarship. EDLAB sat down with Telja to hear all about her experience and future plans.

An introduction to research

Telja started her Bachelor in Psychology hoping to become a clinical psychologist, but the strong focus on research during her BA programme steered her in the direction of MaRBLe. “I started my BA with the idea to only do clinical work but now that I did the project I really feel like research is something exciting that I like to do. It was the cherry on top.” In her project, titled The Durability of the Colours of Love, she investigated how experiences during people’s first love relationships affect later relationships and the patterns that are at play in this. After coming up with the topic and finding a supervisor Telja started her research. “In the beginning I was very excited and even a bit nervous.”

Now that I did the project I really feel like research is something exciting that I like to do. It was the cherry on top.

Soon after the start she left for Australia for her exchange semester, where she experienced the first bump in the road as the university turned out not to support undergraduate research. “I didn’t have a supervisor there as they told me that they didn’t allow such research during your bachelor”. Luckily she quickly got over the shock and turned it into a great learning experience. “Although I was even more on my own I knew that it was doable. It made me more self-confident. My supervisor, Karlijn Massar, was very supportive and we emailed and skyped throughout my time there. The main thing I learned is not to panic as you have enough support and things will work out in the end.”

Her experience in Australia wasn’t only a learning moment but also showed her how unique the MaRBLe programme is. “It is not normal at all do an entire project at BA level.” Most exciting was the chance to come up with everything yourself: “I learned so much about the entire process from A to Z. Even later on as a PhD student or researcher it is very rare to get to decide on everything yourself. Usually you only get this chance much further down the line. To have this experience now is amazing, to feel this freedom so early on.” This freedom was partly possible due to all the available support: “You get so much support during your Bachelor that you really get the feeling that research is not something that only professors or PhD students can do. I thought it would be very complicated but with some planning and all the support it turned out really well. MaRBLe made research tangible for me and gave me a clearer idea of what such a project is like and what it involves.”

You really get the feeling that research is not something that only professors or PhD students can do.

The project also turned out to be an important part of choosing a master, enrolling in UM’s Research Master in Cognitive and Clinical Neuroscience, where she specialises in Psychopathology. “If I hadn’t done MaRBLe I wouldn’t have chosen this Master. During my interview I only talked about MaRBLe as I was so excited”. As part of this Master she is building on her MaRBLe research, working on a follow-up project titled: What we can learn from the little survivors in our classrooms: exploring social relationship patterns that help unaccompanied refugee children in their host country. Together with her previous supervisor Karlijn Massar, and two new international supervisors she again looks at the future effects of first relationships, but this time focusing on the first relationships of refugee children during their first months in Germany. “I came to the Outpatient clinic in Bielefeld for my clinical internship. Luckily, I was allowed to also do my research internship here. As they were just about to start a project about unaccompanied children, they gave me the chance to combine this with my project and conduct them during my internship.” Thanks to the MaRBLe follow-up scholarship, Telja now has the financial support to develop her project and cover the costs of practicalities such as translators and travelling. When asked about her future plans, Telja was positive about continuing a career in research and combining this with the clinical field. “I haven’t planned it yet but I would like to do a PhD and a psychotherapist training and then I would like to keep working in both fields.”

1
Don’t get discouraged, you will have challenges but you will get over it

3
Always ask for advice
4
Look for a good supervisor. It is crucial that there is someone who can support you well and who is interested and can share experience and knowledge

5
Share your experience and try to connect. MaRBLe people are a special group who choose to do this so it is nice to stay in contact and build a network with other passionate people.

An insight into the Competence Coaching Process